The Sri Lanka Embassy in Beijing in association with the China – Sri Lanka Association for Trade and Economic Cooperation and the Douyin (Tiktok) Social Media Platform launched the Sri Lanka National Pavilion on 30 August 2022. This event took place during the Embassy promoted celebration of the Kandy Esala Perehera and Sri Lanka culture and food. The Kandy Esala Perehera, with all its glamour and historical glory, was presented to the Chinese audience through Douyin. Now Sri Lankan products can be showcased and marketed on Douyin which has an audience of over 600 million viewers. (2 billion worldwide on Tik Tok).

The New Sri Lanka National Pavilion on Douyin attracted more than one million viewers online immediately, and added more than 27,000 new followers. During the five-hour live broadcast, more than 16,000 Sri Lankan products were purchased online, making it a huge success.

Addressing the selected audience, the Ambassador said that the national pavilion will assist Sri Lanka exporters to showcase and market their products in China while opening up opportunities for Chinese consumers to buy Sri Lankan products.  He invited Sri Lankan exporters to grab this opportunity.

The Ambassador, Dr. Palitha Kohona, himself demonstrated the method of preparation of a cup of Ceylon Black Tea, ‘Hong Cha’, and a spicy Sri Lankan Crab dish.  Crabs and other sea foods are immensely popular in China.

More than 10 key opinion leaders (KOLs) from Douyin participated, adding additional glamour to the event, which was live streamed. Colombo, Sigiriya, Galle, Matale, Kandy, the Temple of the Tooth Relic and the Perahera, Yala, Nuwara Eliya, and Ratnapura were highlighted on a large map of Sri Lanka.  The KOLs and the invitees were guided around the map and were introduced to each city by the Ambassador, who emphasized the trade, investment, and tourism potential of these cities and their cultural background.

The invitees were served with a traditional Sri Lankan Dinner including the Ambassador's crab dish. 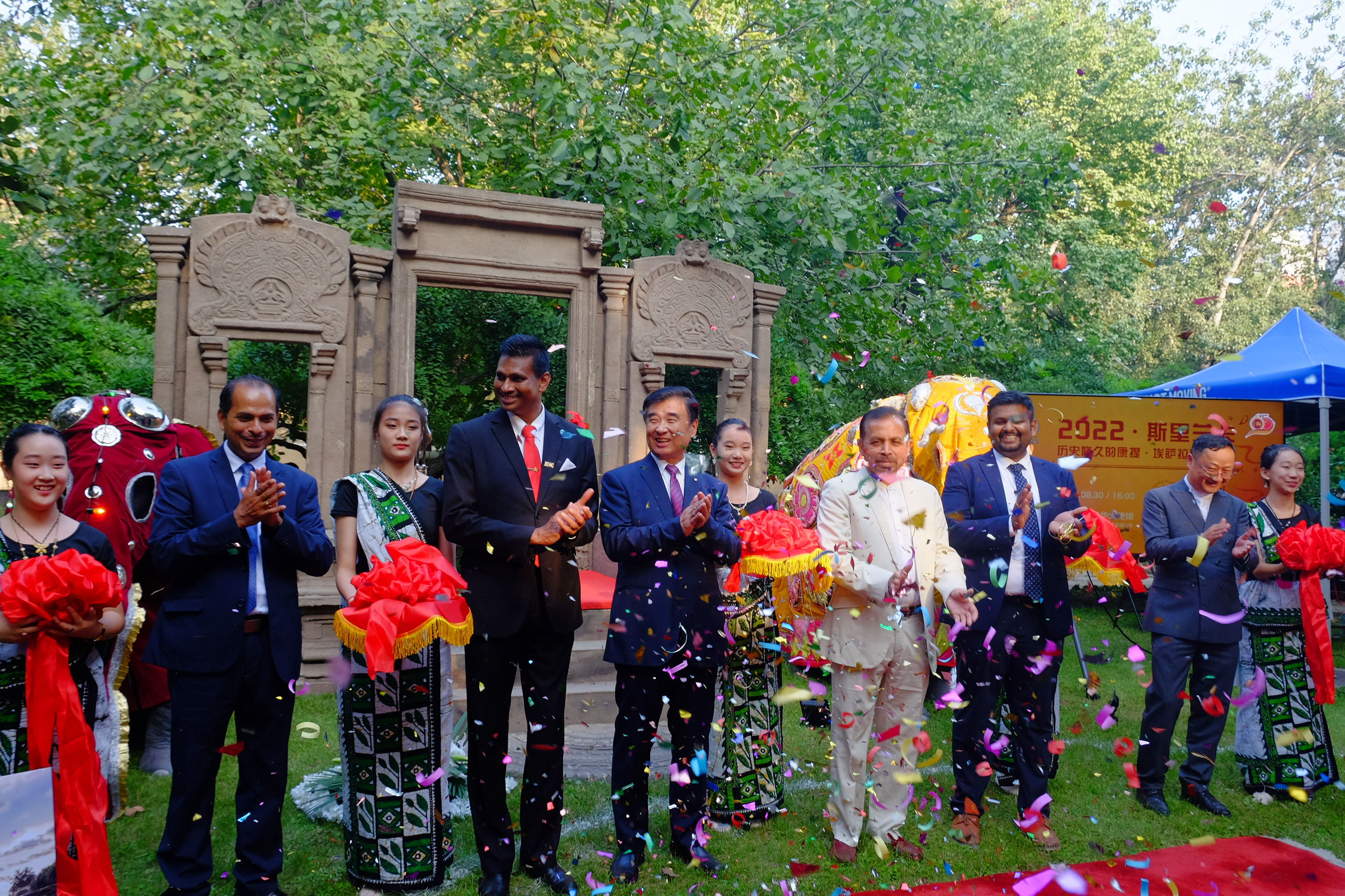 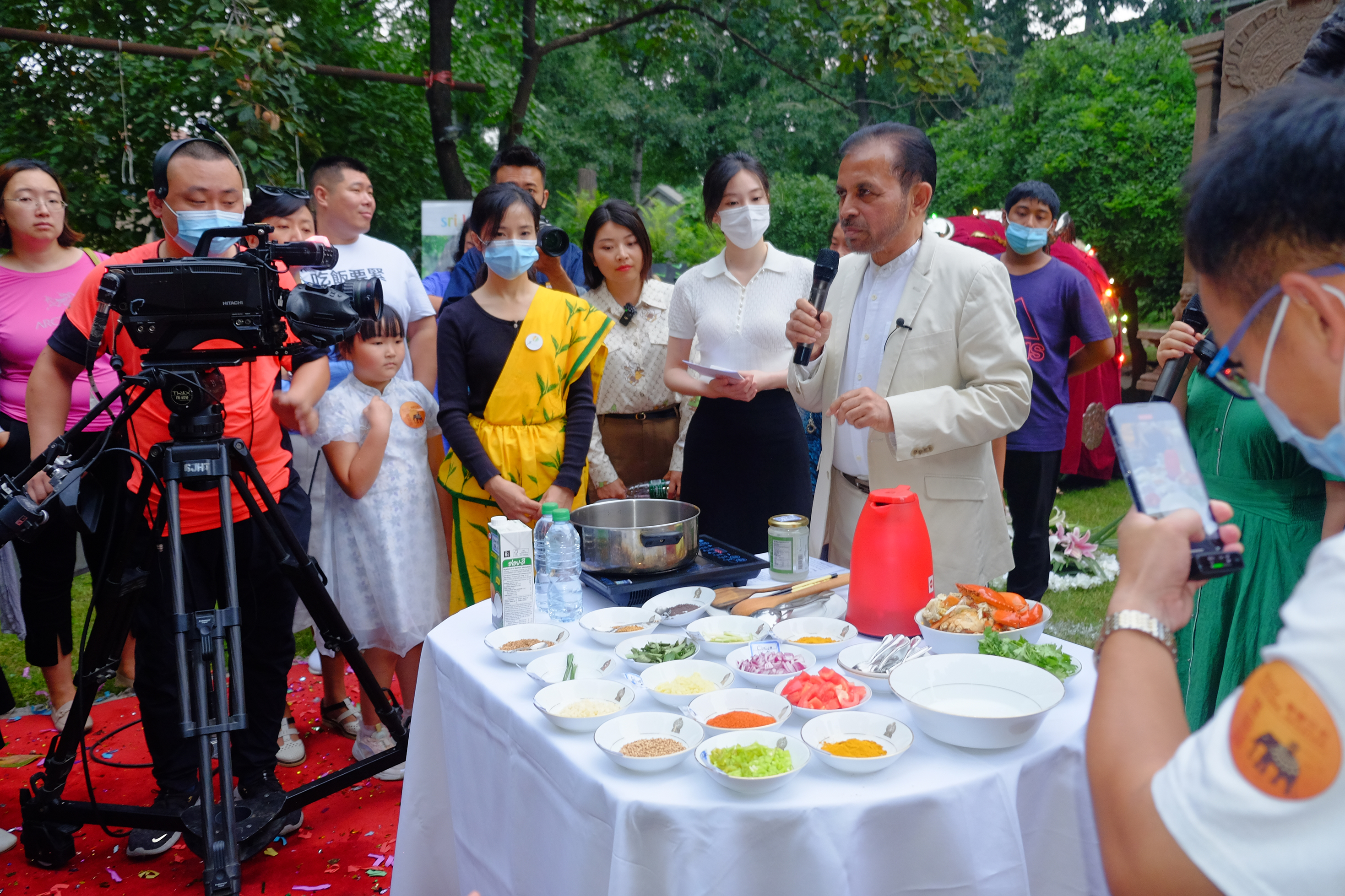 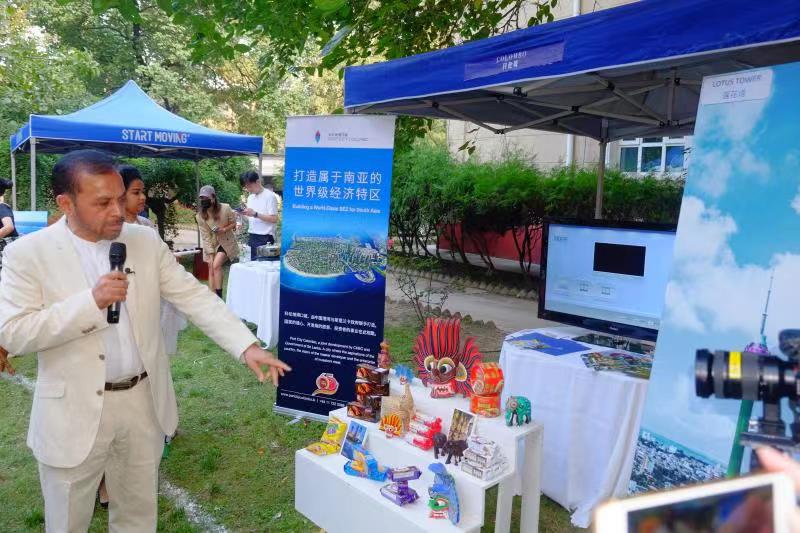 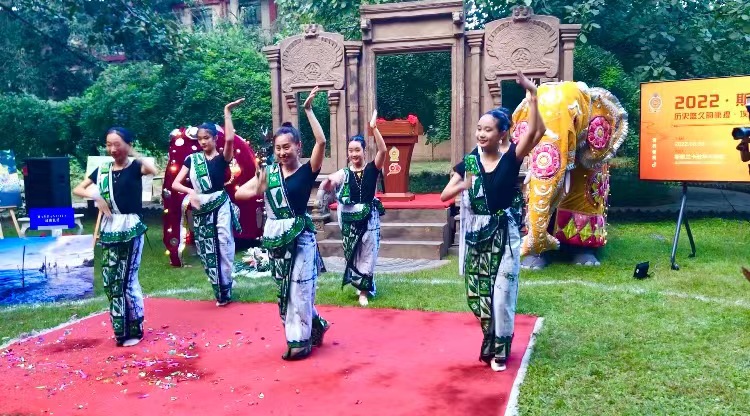